Steven Seagal and AMBASSADOR: a star guest of Minsk winemakers The guest got acquainted with the company, the newest equipment of the best European manufacturers, which is used here, and also listened to the story of how the wine is bottled, and watched the technological processes of its production. 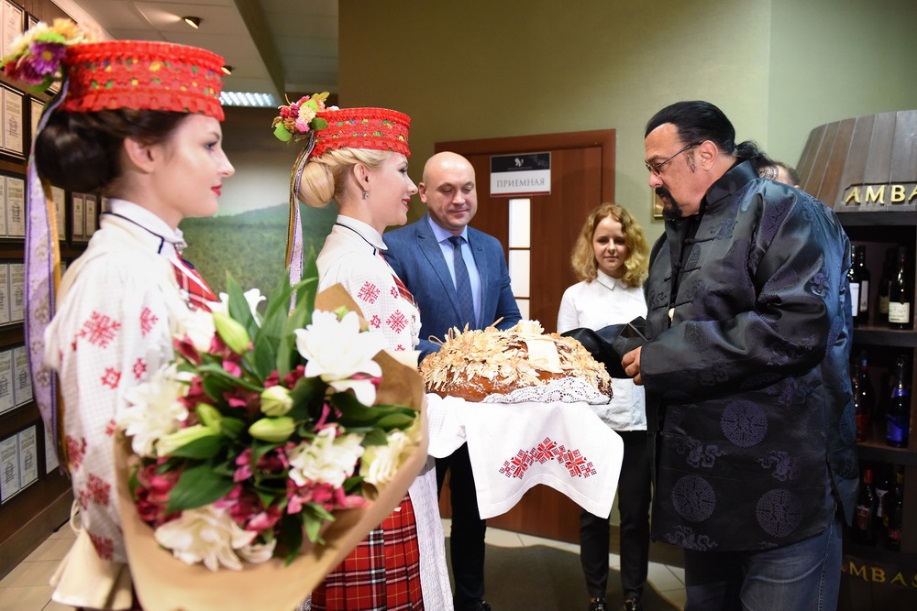 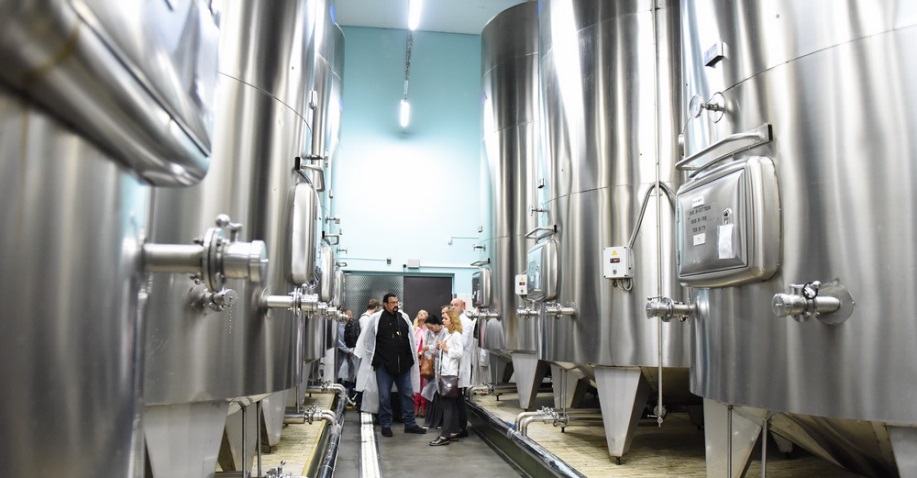 Steven Seagal got acquainted with the company, with the latest equipment of the best European manufacturers, which is used here

Steven Seagal was pleasantly surprised by the level of development of winemaking at Minsk Grape Wines Factory. Moreover, it turned out that the guest's interest in this sphere is more than curiosity. “I had my own vineyard in California, and I grew Cabernet Sauvignon and Merlot, so I know something about vineyards and wine,” said Steven Seagal. He added that he is thinking about starting a vineyard business in Russia. According to him, he did not expect to see such a modern enterprise in Belarus, a country where grapes are not cultivated on an industrial scale. “I was completely impressed with the production: you have not only beautiful and clean, but also the latest equipment and modern technology. So, first of all, I was impressed by this and the skill of the Belarusian winemakers. They're getting great results!” - said the star guest.

Words about the results are not accidental: Steven Seagal and his wife Erdenetuya Batsukh were invited to a tasting of the company's products. And the actor didn't hide the fact that he was impressed by the quality of the wine. According to him, he usually prefers red, but this time he liked white wines, which he called better than German ones. Especially he mentioned three types of products. “By the way, they are the sales leaders in your country. I would like to point out the aperitif Maldini, which is useful for digestion, because this drink contains only herbs, as well as wines “Author's wine 50/50” and “Old Monastic Cell” TM Ambassador. In general, I would recommend all alcoholic beverages from Minsk all over the world,” said Steven Seagal. The star guest noted that he was pleasantly surprised by the prices of Belarusian alcoholic beverages. “That's what surprised me. We always paid $250 a bottle for our favorite Italian wine. And today we tasted wines that taste alike. And I asked them how much they cost. I expected to hear in response that about a hundred or two hundred dollars. And I was told that only 3 dollars, and even less!” - the actor was surprised after tasting.

Of course, the attention of the martial artist was attracted by the red wine „Dragon's Blood“ TM Ambassador. This is a popular wine in Belarus, the blend of which has a rich dark red color, full harmonious bouquet with kiwi notes, strawberry and wild strawberry flavor, balanced tannin taste. Steven Seagal liked the name itself, as well as the stylish design in oriental traditions. After the tasting, he nodded satisfactorily. „It's a rich, complex and multi-layered wine, like Eastern philosophy. I liked it, of course, because my Chinese zodiac is a dragon, I was born in the year of the dragon, so whenever someone says this word, I lend an ear immediately. For me, „Dragon's Blood“ is something mystical, mythical, strong. I really liked that name. And I liked the design of the bottle - a good design,“ said Steven Seagal. The guest also tasted „Soviet Champagne“ TM Ambassador - a special pride of the company, champagne, which during a visit to Minsk was highly appreciated by the famous French actor and winemaker Gerard Depardieu. Soviet champagne is produced in accordance with the requirements of the state standard of 1937 by the method of individual champagnization in acratophores. This technology makes it possible to produce champagne in large quantities and in a short time. While bottled champagne, as is customary in traditional French production, lasts at least a year, acratophores reduce this period to three months, which of course affects the cost of the final sparkling beverage, but not its quality. As a result, Minsk Grape Wines Factory is able to produce up to 1 million bottles of champagne per month. 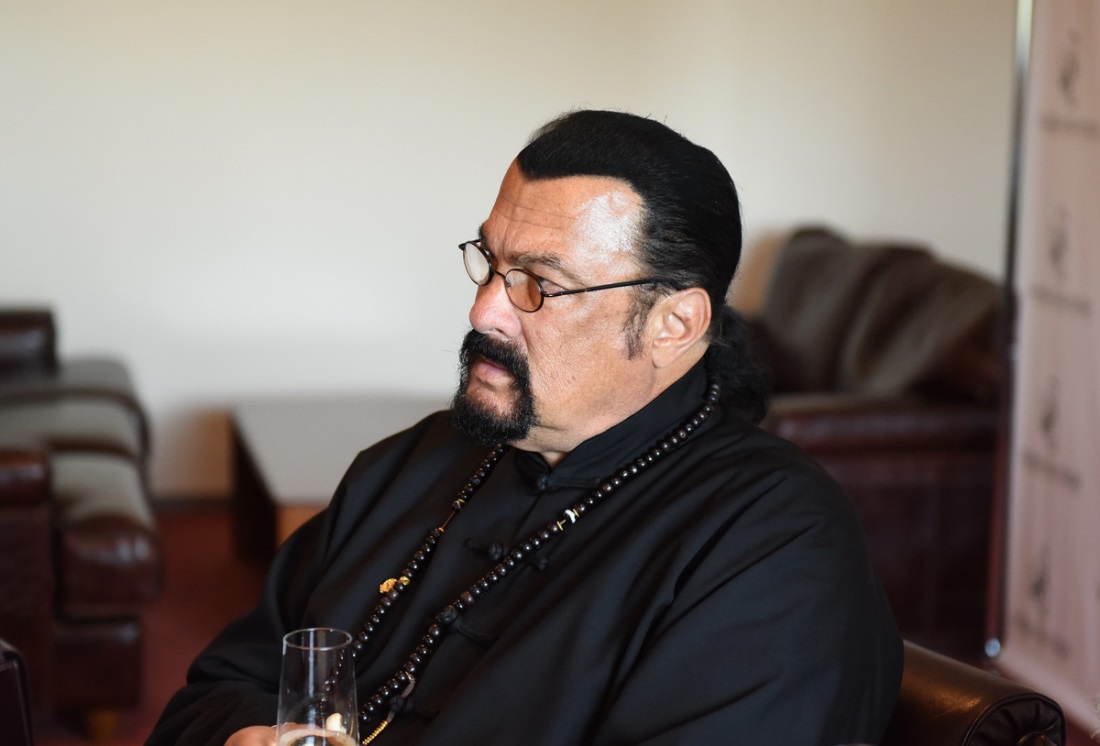 The author of the introduction of classical technology in the modern production capacities was Ivan Trotsky, General Director of Minsk Grape Wines Factory, the only doctor of technical sciences in the field of winemaking in Belarus. According to the head of the company, the main concept of the project was the desire to implement the classic technology of champagne production on an industrial scale - so that a quality product, which is a constant companion of the most solemn and romantic moments in life, was available to the domestic buyer. „Our brand has been appreciated in foreign markets as well. „Soviet Champagne“ has many awards of prestigious international competitions, it is delivered to many countries around the world, including the U.S. and the Middle East. We have managed to prove that in Belarus, a country that is not engaged in viticulture, winemaking can reach the highest level of quality,“ said Ivan Trotsky. 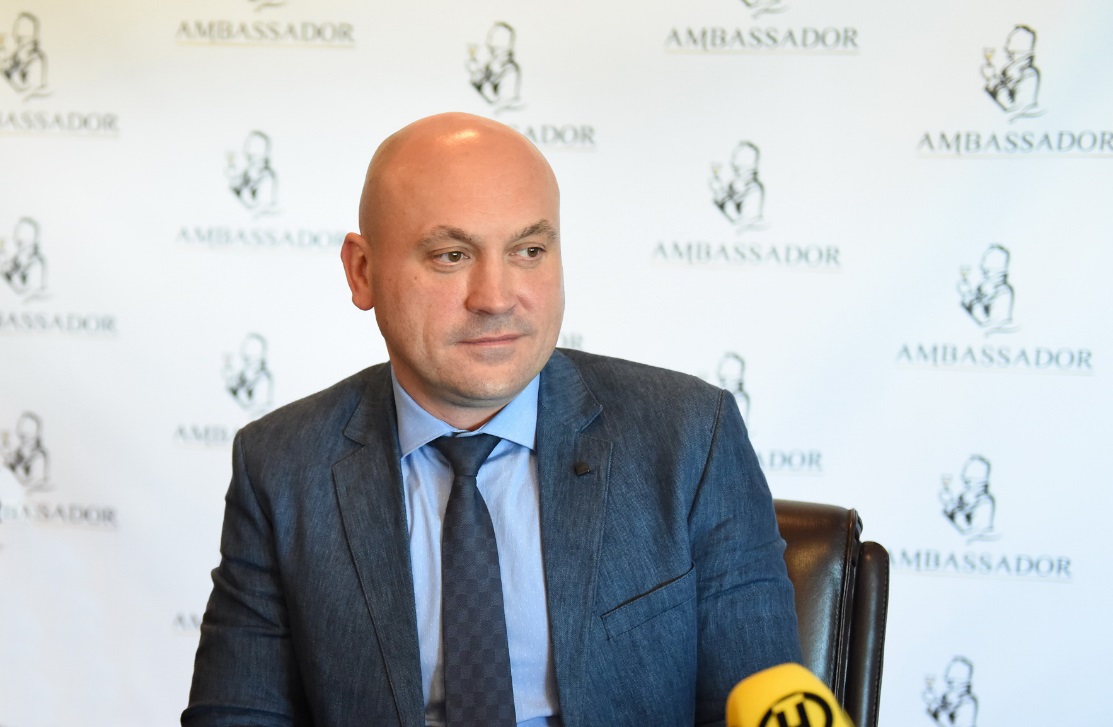 According to the head of the company, Minsk Grape Wines Factory has very strong and worthy partners who produce excellent wine materials. „Our task is to find such partners and then to keep the product they produce unchanged, neither during transportation nor during bottling. This is the secret of the quality of our company's products,“ said Ivan Trotsky.

Minsk Grape Wines Factory JSC has been working since 2000. It produces more than 120 types of products, including Soviet champagne. The company's portfolio includes wine drinks from different countries: France (Cheateau castle), Italy, Georgia, Spain and Argentina. TM Ambassador is the largest brand in the company's portfolio with the widest range of products.

It should be mentioned that back in 2001, the company signed a contract with a strategic partner in Moldova, which ensures the primary winemaking stage: planting of grapes, their collection and production of grapes. Minsk side is engaged in secondary winemaking - that is, bottling wine in bottles using modern technology of „cold bottling“. The idea of this technology is that when bottling wine is not heated (in fact, not pasteurized), but passes through a system of special filters, which preserves its natural color, flavor and aroma, and most importantly - useful properties. Cold bottling is marked with the additional inscription “Cold bottling”.

Only specially equipped transport is used to deliver wine material to the Republic of Belarus. Transportation takes less than a day and is carried out in accordance with all the requirements necessary to preserve the quality of wine material.

Since 2007, the company has implemented an international quality system based on risk analysis and critical control points HACCP. High quality of products is confirmed by certification and state registration in the bodies of Gosstandart and the Ministry of Health. Since 2012, the company has received the certificate ISO 22 000. The products produced  by the company have already won more than 200 awards of the most significant international exhibitions, competitions and tastings in the industry

"Minsk Grape Wines Factory has managed to prove to the domestic buyer over the years that it is possible to produce really high-quality grape wines in Belarus, while the price of alcoholic beverages remains affordable. Thus, the company has made a significant contribution to the implementation of import substitution programs in its industry. Thus, while in 2000, 95% of the grape wines sold in Belarus were import, today about 80% of the wine is produced in Belarus.

In recent years, the company has been actively expanding its foreign trade activities. TM Ambassador products are supplied to Kazakhstan, China and the Baltic States. 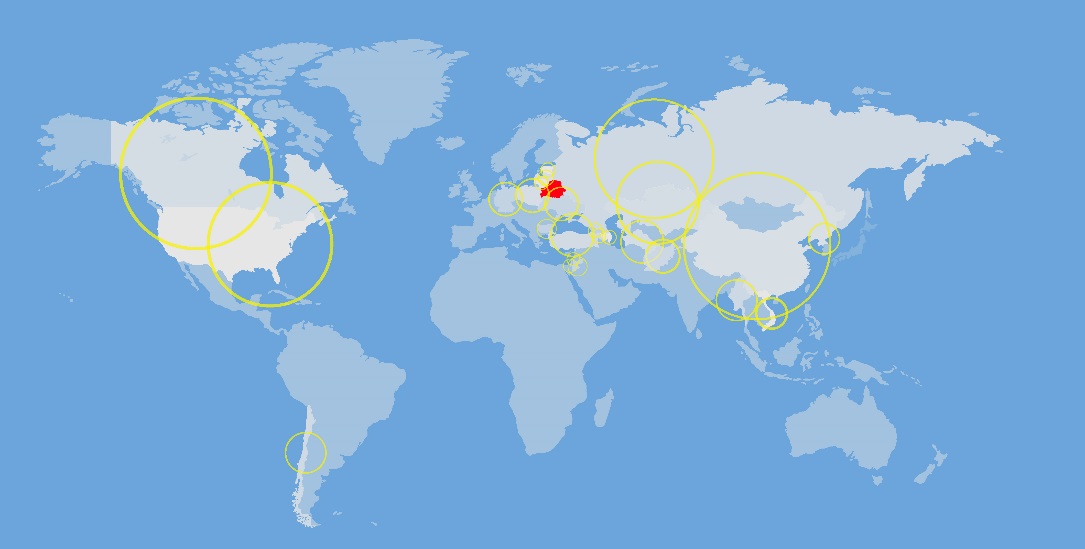 As a result of the negotiations with Ivan Trotsky, which took place during the visit of Steven Seagal, the company decided to establish cooperation with a well-known actor. Whether it's the production of a name brand or other forms of interaction, time will tell. But the fact that the Belarusian company has one more good friend and partner in the markets of many countries is undoubted.

The decision to establish cooperation was the result of negotiations.